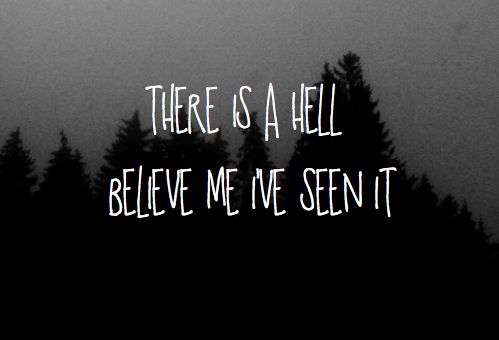 RELEASING THE DEMONS has officially advanced to the final voting round of The Romance Reviews Readers’ Choice Awards!

Thank you, thank you, THANK YOU to everyone who voted in the initial nomination round! Now I’m going to nag you to vote again (if you’re so inclined). 😉 As before, you’ll have to log in to the site, but TRR is awesome and I bet you’ll find your next great read there. 😀

Check it out here! http://www.theromancereviews.com/viewbooks.php?bookid=18793

Any and all votes are greatly appreciated! I’m up against some fierce competition, and I honestly don’t expect to win, but I’d like to at least give them a run for their money (or votes, I suppose, ha).

BLACK BULLET has an official blurb! Check it out below. I’d love to know what you think!

Not even his past life as a former marine and FBI agent could prepare him for the battle against the monster inside him, struggling to take hold. After an old nemesis of the Senary surfaces in Brooklyn, unleashing chaos and terror in the battered borough, Jon sets out to take him down. Instead, he ends up with far more than he bargained for when he clashes with the beautiful half-vampire hybrid, Lawan Knight.

After escaping near death and suffering unspeakable horror at the hands of vampires, Lawan trusts no one, regardless of species. In between bouts of drunken stupor, her only goal is to exterminate all those who’ve wronged her, including every member of Jon’s vampire bloodline. But Jon’s soulful eyes and quick smile crawls under her skin, transforming her black and white world into a hazy shade of gray.

As the days rapidly grow darker, Jon and Lawan turn to one another, but their inner demons threaten to tear them apart. The only way either of them will survive is if they overcome their greatest fear—love.

I CANNOT WAIT TO SHARE THIS STORY WITH YOU ALL! It’s dark and heart breaking and gut wrenching–more than RtD was, IMHO–and I’m terrified of unleashing this story unto the world. BUT I MUST. Slated release is either late this summer/early fall, but you guys will be the first to know about it. 😀

In the meantime, I’ve been working on a new novella! A secret project for a secret collective by Soul Mate Publishing (set to roll out next year). 😉 I’m about 10K words in and I’m really loving this temporary escape into another crazy world (albeit, it’s still dark, but in a different way). The image above perfectly depicts the hero, a former Navy SEAL and freshly drafted Archangel in Heaven’s Third Sphere. Too bad his old mortal life keeps dragging him back to Earth, especially his widowed wife, Irene… 😀

There will definitely be more to come on this! I’ll send out sneak peeks of this gem soon once I whip the MS into shape.

And last but not least, what do you all think about me starting a FB group? Do you enjoy them? Participate? Find them useful at all? I’d love to know your thoughts! It wouldn’t only be a street team, but we’d discuss all the dark, creepy, and romantic things we love. 🙂

Anywho, that’s all for now! I’m on vacation (for once, haha) and I’ve been focusing on getting some words out while I can. Hope you all have a wonderful week and stay tuned! ❤

Note: I do not own any of the above images. They’re all courtesy of Pinterest. 😉

8 Responses to Updates! Contest news, blurb, and a new project!