Well, hello there, lovely readers! I’m thrilled to have fellow CoLoNY member, Kenzie Macallan, on my blog today! She’s talking about her latest release, RIVETED (look at that cover, just look at it, seriously I’ll wait…did you look at it? Good. Now wipe that drool off your face! :D). Read on to find out more about this fabulous lady and her awesome debut novel!

Welcome, Kenzie! Tell us about your latest release. 😀

My latest and first release is “RIVETED” which is Book 1 in the Art of Eros Series. This book is about the oldest of three sisters, Marabella Luccenzo. What can I say, I love all things Italian! (Me too, ha!) Her sisters whisk her away to Mexico as a distraction to her recent tragedy. Her husband died under odd circumstances that left her with more questions than answers. Mara has a secret that has her create a barrier to protect herself from the pain and hide the secret. The landslide into her truth only starts with one pebble as she confides in her sisters her horrible reality with her late husband.

MacGregor Creighton “Mac”, a rogue Scotsman, shines light on the cold dark existence behind Mara’s wall. He’s usually a hit-and-run kind of guy with women. But Mara has him second-guessing his ways. Mac has a few secrets of his own that may destroy what he wants with Mara. He’s all alpha and pursues Mara whether she like it or not.

Both their worlds are shattered when Mara gets kidnapped. In her fight to stay alive, she makes some discoveries about herself and Mac.

Sounds FANTASTIC. 😀 What was the hardest thing about writing this book? The easiest?

This novel is a romantic suspense and one of hardest things to do is weave the romance storyline in with the suspense storyline. There needs to be a balance and yet seem natural to the story. I like to keep the reader guessing so as a writer I need to know when to drop little hints here and there without giving it away. I also get the best feedback from beta readers who love to tell me “I saw that coming” and then I change it up. The easiest part was writing my characters. They were constantly looking over my shoulder, letting me know exactly what they had to say and when to say it. They have very distinct traits and attitudes, as you’ll find out with Raquelle.

Beta readers are wonderful for sure (I know I love the heck out of mine!). If you could bring one of your characters (villain or hero) to life, who would you chose? Why?

I would bring Brock, Mara’s late husband, to life. I would want to know why he made the choices he made in life. Were his choices a product of his upbringing or did he always view the world a little differently? He is complex on so many levels and I only skim the surface in my book. Mara is shocked most of all. The wife is always the last to know! (Ack, don’t say that!) I think he is one of those “genius borders on insanity” type of guys. He has some great one-liners and oozes with sarcasm. I think the reader will come away understanding him but not forgiving him.

Hell, I’d like to meet him! Paramount Pictures wants to make a movie about your latest novel. Who plays the main characters?

In my dreams, Paramount would come to me for anything! I would choose Richard Madden (Game of Thrones) to play Mac,

and his partner Jenna Coleman to play Mara. 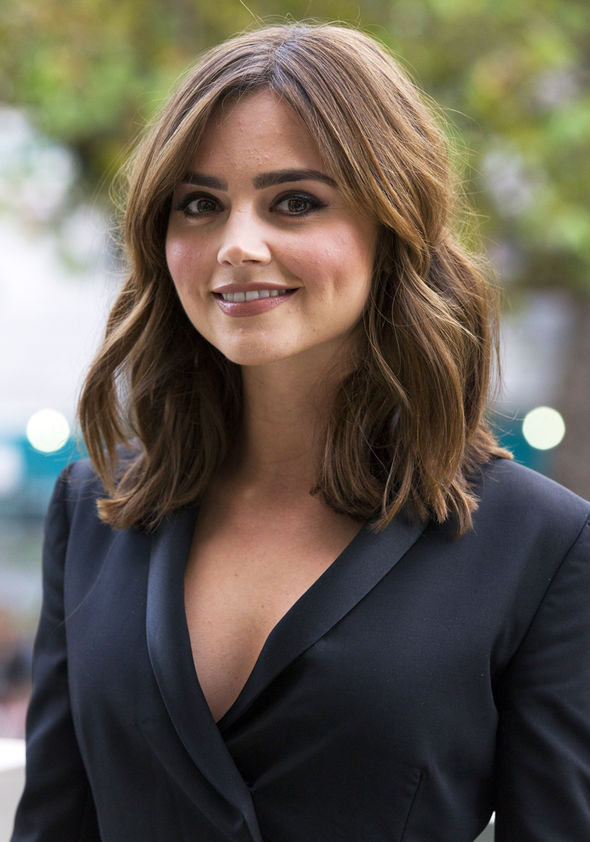 We would have to rough Richard up a bit but he has the look and the edge. His partner, Jenna Coleman is a dead ringer for Mara. I also noticed that Kate Mara (ha, ha) could play Mara as well. I had to think it through a bit because I didn’t have anyone in mind when I wrote the story.

Love Richard Madden (big fan of GoT here ;)). So tell us a little about yourself.

I live in the Northeast with my husband and dog, Niko, who keep me very busy. Niko follows me wherever I go and is with me when I write in my office. I love dogs! I think they are a gift to humans. (Dogs are the best writing partners in crime!)

As a child I traveled around the world to places like Africa, Greece, Italy, France, Switzerland, Holland and England. My favorite country is Scotland and hope to go back someday. I wanted to stay forever the first time around but I couldn’t find a Scotsman to marry!

I always loved to tell stories and when the three sisters got caught in my dream catcher, I had to take notice. I’m coming to writing a little later than most in life but I really enjoy everything about it. I’m bowled over by the wonderful people I have met along the way and all the people that want to help you.

When I’m not writing, I’m reading all kinds of romance novels.

Sounds like you’ve definitely had some adventures (which I’m quite jelly of!). Tell us one thing about yourself your readers may not know about you.

In college, I started out on the pre-med track but decided I didn’t want to go to school that long. As it turns out, I have a couple of degrees, love to learn new things, and went to school just as long.

I love to paint oil portraits, mostly of children because they have so much wonder and curiosity in their eyes.

Oil paintings, that’s great! I was never good with a paintbrush. But I did do the long med-track thing. 😉 What are you working on now?

While in Mexico, Mara’s admission of an abusive marriage triggers Leigha to have nightmares about an event in her past. Intrigued by the beautiful CIA operative, Sydney, she comes back to New York City and has a whirlwind affair but something’s off. During a photo shoot, she meets the hard edged Dean, who has an appetite for beautiful woman, fast bikes and shattered souls. After spending time with him her dreams become more intense and cloaked in red but she can’t quite piece it together. Other people’s secrets become entangled in her own. Through events that are out of her control, Leigha’s forced to face her demons allowing her to heal and let go of her control.

Wow, definitely has my interest! Fast bikes and shattered souls are my things too. 😉 Thanks so much for stopping by, Kenzie! So thrilled to have you here. 😀 Where else can we find you?

And now more about the awesome RIVETED (Look at that cover! JUST LOOK AT IT!): RIVETED by Kenzie Macallan is the debut novel in the Art of Eros romantic suspense series. This suspenseful, sexy, soulful tale is filled to the brim with action, romance, and a mystery that will make you hold your breath from beginning to conclusion. If you like stories that rev up your heart rate, you’ve found a pulse-pounder in RIVETED.

Marabella Luccenzo’s sisters are whisking her away to Mexico as a distraction from her recent tragedy. Her husband died under odd circumstances that left her with more questions than answers. Slowly over the years she created a barrier to protect herself from the pain and hide the secret. The landslide into her truth only starts with one pebble as she confides in her sisters.

MacGregor Creighton “Mac”, a rogue Scotsman, shines light on the cold dark existence behind Mara’s wall. He’s usually a hit-and-run kind of guy with women. But Mara has him second-guessing his ways. Mac has a few secrets of his own that may destroy what he wants with Mara.

Both their worlds are shattered when Mara gets kidnapped. In her fight to stay alive, she makes some discoveries about herself and Mac.

Will she choose to finally remove the blindfold to find her strength, evolving from victim to fighter?

Can Mac get to her before the kidnapper kills her after he gets what he wants?

She had affected him on every level, in every way, with her words, smile and body. He couldn’t stay still, torn between keeping his distance and wanting to show her exactly how he wanted her. He didn’t do dating. No strings attached, friends with benefits, always the safest bet. Obviously, Marabella wasn’t that type of woman and his pull toward her scared the hell out of him. All bets were off.

As her thigh rested between his legs, she could feel his excitement. She smiled to herself and decided to get a little daring. Hearing a groan come from him, a wicked grin spread across her face.

“Did you say something?” she looked up using her most innocent voice batting her eyelashes.

“Woman, you know exactly what you’re doing. Don’t play innocent with me.” Mac had a stern but playful look in his eyes.