Sparks may fly in the bedroom, but fire always brings destruction.Golden Beach firefighter, Lieutenant Michael Oliver, has everything he wants — a beautiful wife, a job he loves, and a future that finally looks bright after years of darkness. Until one day a surprise from his past shows up, throwing everything he’d finally recovered from back in his face.

Lena Shirakawa married the man of her dreams in an impulsive Vegas wedding. As a free-spirited and highly sought-after travel photographer, being the wife of a firefighter who wants her to settle down isn’t easy. Especially when her job takes her all over the world for months at a time.

When Lena’s deep-rooted fears take hold, the damage is done and divorce seems the only option. But Michael won’t give up, even if it means risking everything to keep her. 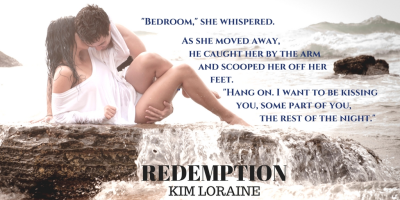 Excerpt
Lena Shirakawa swayed in her spot as the unseasonably warm October sun beat down against them. She wiped the beads of sweat from her brow and waited for the models to get into position.She heard them as they approached, filling the quiet beach with rowdy banter. Twelve drop-dead gorgeous firefighters from different stations across the Virginia coast filed into the partitioned section of sand and surf. Her heart raced at the sight of the men in uniform—chiseled, well muscled, and confident.

“Where do you want them?”

Lena snapped her mouth closed as her assistant waved a handkerchief in her face.

“I wasn’t drooling,” she told Hallie, aware of the indignant tone in her voice.

“It’s for your forehead. You’re sweating … but now that you mention it—”

Hallie laughed as she gathered a reflector and started her stroll toward the group.

“Can you line them up by month? I want a few shots of all of them and then we’ll go down the line, January through December.”

Lena shook her head and snickered as her gaze fell to the table of props. A few axes, a coiled fire hose, rope, chains, and a bottle of baby oil covered the surface of the table. This was going to be fun. She counted the men as Hallie lined them up and stopped short at eleven.

“Hal? There’s one missing. And where’s my truck? I was told we’d have a truck and that I’d get real flames to work with.”

Hallie nodded. “The truck is on the way, along with Mr. December . . . Michael Oliver.” She nodded to the pile of driftwood stacked about twenty yards down the beach. “There’s your fire.”

Lena cocked an eyebrow and smirked. “I trained you right, didn’t I?”

Hallie chuckled and continued positioning firefighters which turned out to be more difficult than it seemed. They were loud, boisterous, and Lena couldn’t stop herself from snapping candid shots as they teased and flirted with her assistant.

Six of the men were from Station 31, Golden Beach’s local firehouse. She knew most of them by reputation alone, and one due to a mistake she’d made a year earlier.

“Okay, fellas. Line up. Backs to the waves, if you please. Let’s go ahead and get your shirts off.” Hallie directed them without batting an eye and Lena just stood back and watched.

She started plotting the next few hours in her head, planning for the best poses, but lost her focus as bare chests, tattoos, and washboard abdominals came into view.

Stop it. You are a professional. Ogling is not okay.

She snatched the bottle of baby oil and tossed it at Hallie with a wink.

“Some days this job sucks. Today is not one of them.”

As Hallie offered oil to each of the guys, Lena turned her back, organizing her thoughts and planning the shoot. The waves crashed behind them, and the sun hung low in the sky. All she needed was the damn fire truck and Mr. December.

The sound of a siren broke through the chatter. Engine 31 rolled down the beach, lights flashing, and Lena rolled her eyes.

Michael parked the truck and jumped down from the driver’s seat, a wide grin on his perfect face.

“Damn. That man is beautiful.” Hallie’s breathy whisper echoed Lena’s own feelings. He was beautiful. Pouty lips, a chiseled jawline, gentle eyes graced with soft laugh lines. She knew what those lips felt like . . . everywhere.

“Physical perfection. Too bad he’s only pretty on the outside,” Lena muttered.

Lena offered a light shrug and walked over to inspect the truck.

“Freshly waxed just for you.” Michael’s deep baritone drew a layer of arousal over her body.

She eyed him, trying to get past the jaw-dropping good looks and focus on the reason she was here—a calendar for charity.

“Shirt off, please,” she ordered. “Let’s see what we’ve got to work with.”

That had been a bad choice. He stripped off his thin, blue t-shirt and tossed it at her. It smelled of leather and something spicy. She had to force herself not to bring the fabric to her nose and inhale deeply.

“Do I get your stamp of approval?” He cocked an eyebrow and smirked at her as he flexed his chest.

She had to clear her throat before she could get her voice to cooperate, then she shrugged.

“You’ll do,” she threw over her shoulder as she walked away, gripping her camera tightly and trying to control the shaking of her fingers.

After a few deep, calming breaths, she got past the sparks of attraction she felt for Michael, and the shoot fell into place. At the end of the night all that remained were the embers of the bonfire and three firefighters, including Michael. They sat around the dying fire, talking and watching the waves.

“Should we leave?” Hallie asked under her breath.

Lena shrugged as she continued packing up. Donovan Miller, the newest firefighter at the station, had already taken the truck and borrowed props back to the firehouse. All that was left to do was make sure the flames were extinguished and load the table in the back of her van.

She tipped the table on its back and started collapsing the legs while Hallie carted a bag up the path to the parking lot. Struggling to gain traction in the sand, Lena lifted the long rectangle at one end and began to pull.

“Let me help you with that, princess.” Michael’s voice sent warm tingles down her spine.

He grabbed the other end of the table and lifted it with ease, grinning as he followed her lead and they made their way to the waiting van.

Hallie snickered and cast her a knowing glance as she passed the pair on her way back to the beach. “I’ll get the boys to help me put out the fire. You don’t need to hang around on my account, L.”

She could practically feel his broad smile behind her and she shook her head, fighting a laugh.

The idea of a night or two tangled in the sheets with a gorgeous man sounded exactly like what she needed. Unfortunately for Michael, she wasn’t willing to give him the satisfaction of adding her notch to his bedpost—again.

As he helped her load the table he brushed his fingers along the exposed skin of her shoulder. She fought off an involuntary shiver, pushing the door closed and turning to face him.

“So, are we doing this?” His tone was confident as he closed the distance between their bodies—his hips touching hers.

A wave of need crested over her. It was all she could do to wait for it to recede.

“Not tonight.” She could barely manage a whisper.

His lips turned down in a playful pout but instead of backing away, he pressed closer, one hand on either side of her face. 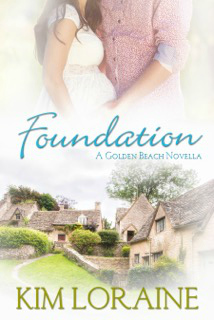 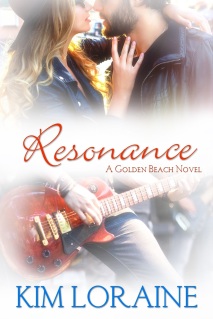 Kim Loraine is the author of the “Golden Beach” series, including “Restoration” (2015) and “Renovation” (2015). She started writing at a young age, scribbling down song lyrics, short stories, and poems she was too afraid to share with anyone. Busy working as a music teacher in her Pacific Northwest hometown, it wasn’t until her family of four picked up everything and moved to beautiful Japan that she decided to finally take the plunge and send her characters out into the world.

The central theme in Kim’s books is self-discovery, whether that is found through taking risks, breaking down walls, or admitting mistakes. Kim likes to write characters that seem like someone you actually know, who find that life is a journey not without its challenges.

When not writing Kim spends her time with her husband, chasing around their crazy kids, exploring Japan, and binge-watching Doctor Who on Netflix.
Author Links
WEBSITE
FACEBOOK

1 Response to Book Spotlight and Giveaway: REDEMPTION by Kim Loraine!