It’s finally here! Check it out! 😀

Giving in to temptation won’t be his only sin. 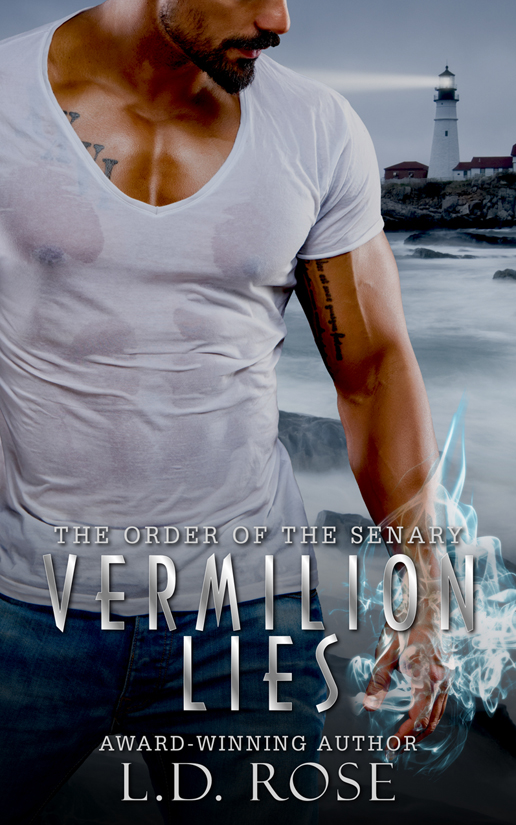 Wherever Dax Knight sets foot, hell is bound to freeze over.

As a mercenary for the Order of the Senary, Dax departs for New England to assist his comrades in battling the vampire forces threatening to consume the Northeast. The last thing he expects to find is a gorgeous vampiress who surrenders to him entirely. Ensnared by her allure, their intense attraction ignites, and he discovers she isn’t what she seems.

Cindel Konstantinov has been on the run since she escaped her sire’s possession, trading one life of abuse and imprisonment for another. As her hope for freedom wanes, she encounters one of the infamous Knights, and his dangerous appeal is undeniable. After a life-altering moment of mercy, they careen down a path of secrets, lies, and a forbidden passion neither of them can resist. But when her past comes back to haunt them, they’ll have to face the consequences of their actions—and their desires.

Dax and Cindel will need each other more than ever as their world spirals into chaos. But are they strong enough to survive the oncoming storm?

Slipping his SIG into the back of his waistband and his switchblade in his back pocket, Dax quietly descended the stairs on bare feet. The sun was about to set and he wanted to be downstairs when the great jailer in the sky made its exit.

The leech remained tied to the chair at the corner of the kitchen, head propped against the wall. She sat still, lifeless, her heartbeat a slow, thready rhythm and her respirations just about absent. Her scent was faint, merely a trace in the air now that she was unconscious.

She was fast asleep. Good.

Dax opened the fridge and chose one of three Macintosh apples next to his blood supply. Then he rounded the table, taking a seat at the far end so he’d be the first thing she’d see on waking. He pulled the chair out and palmed his gun, but he stopped mid-motion when he took in her face.

Crimson trails smeared her cheeks from eyelids to chin, dribbles of it down her neck, splotches on her chest. The blood had dried into rust, leaving marks behind, tainted with mascara.

She’d been crying. All night, probably.

His breath deserted him. He’d never seen a vampire cry, never witnessed the bloody evidence of their emotions. Now here it was, right in front of him, and he didn’t want to believe it.

Setting the chair down, he sat and laid the gun on the table, eyes absorbing every detail of her face. She looked incredibly tragic, painfully beautiful. Her raven hair hung in tangles around her blood-marred face, her ivory skin dusted with salt, her body uncomfortably angled in order to rest her head. Guilt stabbed him like a blade to the belly, but he yanked it out and held in his guts.

She’s the enemy. You remember that.

Leaning back in his seat, he tried to make himself comfortable as he bit into the apple. He no longer had an appetite but he forced himself to chew and swallow anyway, silently berating himself for feeling anything for this leech. If he didn’t snap out of it, she would win, and God knew what that meant.

The monster in him sensed the last of the sun’s rays descend into darkness. The visceral tug left as quickly as it came, barely giving him pause as he sank his teeth into the fruit again. As if on cue, her long, clumped lashes fluttered against her high cheekbones like butterflies with broken wings, hardly opening as she shifted her weight. She grimaced, somehow making the expression look lovely as she lifted her head with what seemed like immense effort.

When she finally straightened, her eyes split open as he tore off another piece of the apple’s flesh.

They stared at each other across the dining table for an eternity, the only sounds the crushing of fruit between his jaws and her vitals amplifying in his ears. The tension was electric, charged with lust and misgivings. Rogue strands of her hair fell over her face as she watched him with those black diamond eyes, framed with desperation and misery.

Few men could resist the sight of a pretty girl crying.

Even if she was crying blood.

She broke the silence first, her voice silken, low, a seduction in the growing dark. “What does it taste like?”

Snap out of it, Dax. Stop thinking with your dick.

Forcing himself to inhale deeply, he filled his lungs then exhaled in a smooth, slow stream through his nostrils. He tried to ignore her scent, but it had intensified upon her waking, stroking his senses.

“Sweet,” she repeated, her eyes settling on his mouth. He wasn’t any better, staring blatantly at hers. The tips of her pearly white fangs flashed every time she spoke, and God, he was supposed to be disgusted, but he was far from it.

Updated Paperbacks of RtD and BB!

Check out these gorgeous flats for RELEASING THE DEMONS and BLACK BULLET. 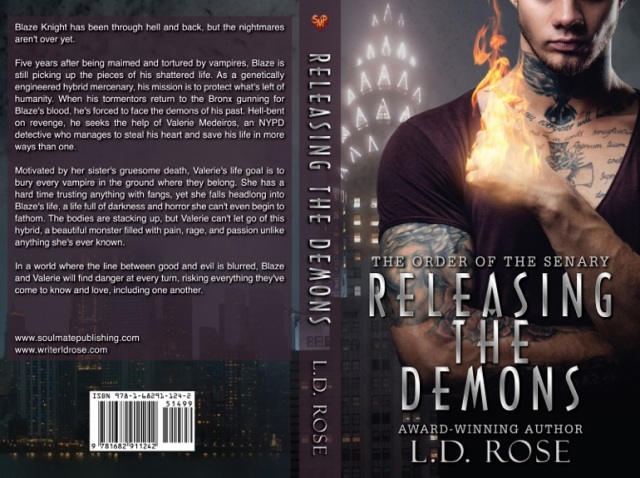 Want to order signed paperbacks from yours truly?

You can fill out the forms below!

The paperback for VL will be coming soon! But you can preemptively order signed paperbacks below. 😉

Enjoy the full collection of The Soul Mate Tree novellas for one low price!

Book One, Realm of The Dragon, CiCi Cordelia: Hurtled into an unfathomable world, Lily faces her destiny.

Book Five, Make Me a Match, Mackenzie Lucas: Your perfect match is closer than you think.

Book Seven, Never Give Up on Love, Maggie Mundy: Vincent finds his love, a vampire hunter who could kill him.

Book Eight, Once Upon a Lady, Addie Jo Ryleigh: Bound by duty . . . tempted by desire.

Book Eleven, The Storm Within, Cerian Hebert: Her love offered salvation, if she can heal his heart.

Book Twelve, Finding Faith, April A. Luna: A leap of faith catapults a time-traveling gargoyle into a parallel world.

1 Response to Cover Reveal and Preorder for VERMILION LIES!